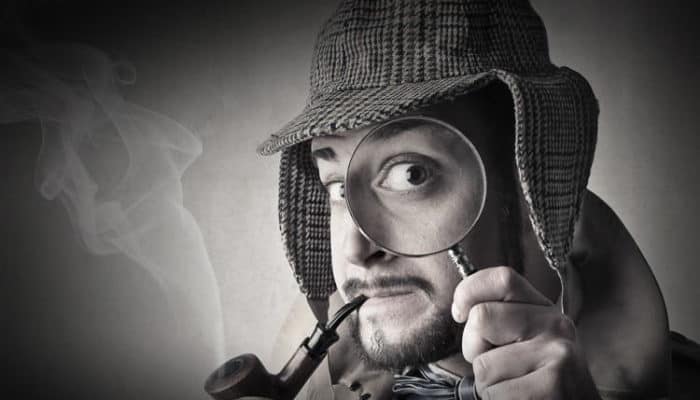 Escape Room Fishers, a second location for local company Escape Room Indianapolis, will open in the next couple of months. Owners posted one of the room concepts on Facebook last week, in which visitors will be Americans in a prisoner of war camp in Germany during World War II with a mission to complete.

The post quickly garnered hundreds of comments, some from people who said they found the concept of a POW camp as entertainment offensive.

“My stomach dropped. I was shaking, I was upset,” Kelly Thomason said.

Thomason’s grandfather was shot down during World War II and held in a POW camp, which he barely survived. She and Rachel Burke, whose father was a Soviet POW for five years, both expressed their concern with the concept.

“I don’t think they really understand the reality of the situation. … There’s a group of people for whom this is very, very personal,” Burke said.

In an effort to be transparent, Burke divulged to FOX59 that she is running for public office, which she said was not related to her decision to question the room.

The conversation quickly became personal and heated on Facebook, where many people came to the defense of the Escape Room, saying they were excited to check out the room when it opened.

Co-owner Brendon Harbron said he and fellow owners are from military families and did not expect the controversy.

“We think it’s an important history and we don’t want to bury that history,” Harbron said.

Since the backlash online, Harbron and his team have met and decided to continue on with the room. He said they talked to veterans, who all expressed excitement over the concept, and that they also planned to include more educational elements outside the room.

“We’re going to be respectful of that situation in history but at the same time educational and they’re going to find they’ll learn a lot more about those POW’s and what occurred out there,” Harbron said.

Thomason and Burke said that while they can’t stop the company from making the room, they did hope they would reconsider.

“I understand teaching history, we as family members of the POW’s don’t want that to be forgotten, but this is not the way to remember it,” Thomason said.

Harbron and his fellow owners at Escape Room Indianapolis released this full statement:

“Since we posted our final room for The Escape Room Fishers, Stalag 21, we have certainly noticed that it has created some unintentional controversy on whether it is reasonable to have an escape room themed around a Prisoner of War camp located in Germany during WWII. We are sensitive to the issue that some American GI’s suffered and died while under German captivity. We also think it is important for you to know that all of the families who own The Escape Room have military history in our families; because of our gratitude for those who serve our country we have all personally been supporting military and veterans for many years.

After examining opinions on both sides, we feel it is vital that we do not back away from a very real history that should help many people learn more on this topic. Yes, the core of what we do is entertainment related…but we believe this creates an opportunity to bring history to life for a whole generation of Americans. We pledge that this room will take steps to educate people about the sacrifices of American GI’s, especially those in POW camps in WWII. We believe we can create a more educational experience than many video games, board games, TV shows, and other traditional entertainment methods. Thank you for your continued support of The Escape Room and we hope you will appreciate how we are going to honor those who have sacrificed to defend our Great Nation.”

Get updates and learn more about the NEW Escape Room Fishers! 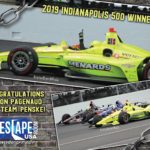 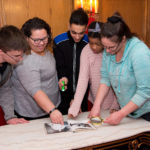 Get $2.00 Off Escape Room Indianapolis Tickets! 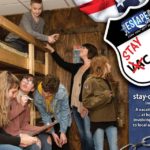 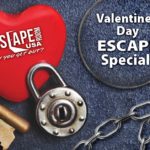